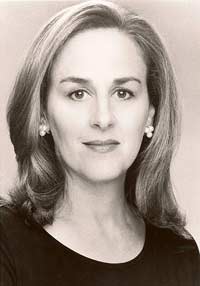 Marilyn Lehman, pianist and co-director of The American Chamber Ensemble, is an active soloist, chamber musician, accompanist and teacher in the New York metropolitan area. Described as a pianist of "utmost sensitivity and artistry" (Epoch Times), Ms. Lehman has given many solo and ensemble concerts, including performances at Weill Hall at Carnegie Hall, Kaufmann Concert Hall of the 92nd St. Y, and the Beethoven Festival of Long Island, as well as at libraries, museums and universities in the New York area. A New York regional winner of the AMSA International Piano Competition, she has been a guest artist on radio station WNYC and WEVD and has participated in chamber music festivals in Europe, California and Florida. Ms. Lehman earned a BSEd in music education from Hofstra University and a Master of Music in performance from the Manhattan School of Music. She is currently adjunct professor of music at Hofstra University and in 2003 received the prestigious Hofstra George M. Estabrook Distinguished Service Award for career achievement. Ms. Lehman has been a longtime member of the Usdan Summer Camp for the Arts' performance, accompanying and teaching faculty and is now coordinator of its Music Department. As a core member of The American Chamber Ensemble, she has performed at Carnegie Hall's Weill Hall; the National Gallery of Art in Washington, D.C.; the Lincoln Center Library; and the National Opera Center. She is represented on the American Chamber Ensemble CDs "American Clarinet Treasures" and "The American Chamber Ensemble Plays Peter Schickele." 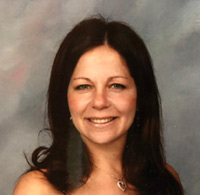 Mindy Dragovich, clarinetist and assistant to the director of the American Chamber Ensemble received a Masters of Music in performance from Manhattan School of Music and a Masters of Arts with distinction in wind conducting from Hofstra University, where she taught graduate and undergraduate courses in woodwind methods. A veteran music educator of 32 years, she served as director of bands at Wantagh High School. Under Mrs. Dragovich’s tutelage the Wantagh bands travelled extensively, commissioned many works for the wind band, earned top ratings at festivals and competitions, and performed several times at Carnegie Hall. Cultivating a passion for music, more than forty of her graduates, along with dozens of student teachers are leading the next generation of music educators and performers. Active as a guest conductor and clinician, Mrs. Dragovich has worked with honor bands of all ages, traveling ensembles and festival groups within the northeast. A former student of Naomi Drucker, Mrs. Dragovich performs in the metropolitan area and has performed numerous times with ACE on Long Island, and at Weill Recital Hall. Mindy Dragovich is a multiple honoree in the Who’s Who Among America’s Teachers, a recipient of the esteemed George M. Estabrook Award for distinguished career achievement, and the Harvard Club Distinguished Teachers Award. 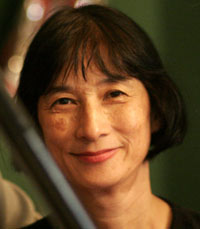 Eriko Sato, violinist, is a frequent concertmaster of the Orpheus Chamber Orchestra and the St. Luke's Chamber Orchestras. Having made her solo debut at age 13, Ms. Sato has performed with the Louisville Symphony, San Francisco Chamber Orchestra, Aspen Chamber Orchestra, Tokyo Imperial Orchestra and has been a winner of the Tibor Varga International Competition, the Young Musicians Foundation and three Japanese National Competitions. A founding member of the Aspen Soloists and the Festival Chamber Music Society, she has taught at both Queens College and at the Aspen Music Festival. As an active chamber musician, Ms. Sato has participated in the Mostly Mozart Festival, the Aspen Festival, Bargemusic and Chamber Music Northwest. As concertmaster of the Orpheus Chamber Orchestra, she has led recordings for Deutsche Grammophon, including Vivaldi's Concerto for Four Violins and Mozart's A Little Night Music. She has also recorded for Vanguard, Delos and Grenadilla and has been featured on CBS News' Sunday Morning. She has been a faculty member of the Hoff-Barthelson Music School since 1987. 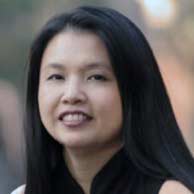 Deborah Wong, violinist, is a graduate of the Juilliard School of Music, where she earned both her Master's and Bachelor's degrees. A winner of the Victor Herbert Award, she was a student of Dorothy Delay. Miss Wong has been a featured soloist with the Hudson Valley Philharmonic, the New England Bach Festival, the North Country Chamber Players and the Stony Brook Symphony. Miss Wong is a veteran performer with numerous chamber music societies and is a member of the Hawthorne Piano Trio. Her affiliation with the Orpheus Chamber Orchestra has taken her on many tours of Europe and the United States, and has involved her in recordings with Deutsche Grammophon. A champion of contemporary music, Deborah is a member of the Atlantic String Quartet and performs with the Washington and the New York New Music Ensemble. Miss Wong has performed with the Caramoor, Aspen, Spoleto and Waterloo music festivals. 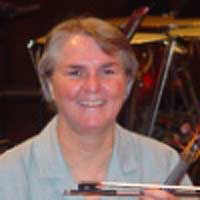 Lois Martin, violist, studied at the Peabody Preparatory School, the Eastman School of Music, where she was a member of the Rochester Philharmonic Orchestra and at the Juilliard School under the tutelage of Lillian Fuchs. Ms. Martin is a founding member of the Atlantic String Quartet and Fidelio, a unique ensemble consisting of viola, cello and piano. She is also a member of Chamber Music Plus, the New York Chamber Symphony, Concordia, String Fever, the Salon Chamber Soloists and the American Chamber Ensemble. Her continuing commitment to contemporary music includes performances with The Group for Contemporary Music, the ISCM Chamber Players, the New York New Music Ensemble, Speculum Musicae, the Composers Guild, the Da Capo Chamber Players, the Composers Forum and Steve Reich and Musicians. Ms. Martin is also on the faculty of the Composers Conference at Wellesley College and has taught at Princeton University. 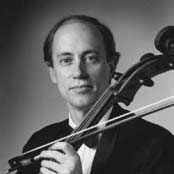 Chris Finckel, cellist, began his studies with his father George Finckel and is a graduate of the Curtis Institute of Music. A member of the Manhattan String Quartet and the New York New Music Ensemble, Mr. Finckel has concertized extensively in Asia, Australia, Europe, Central America and throughout the U.S. and Canada. A frequent guest artist with such acclaimed ensembles as the Tokyo String Quartet, Orpheus Chamber Orchestra and Speculum Musicae, Mr. Finckel has appeared at the Casals, Santa Fe, Ravinia, Saratoga, Norfolk and Rockport chamber music festivals. A dedicated performer of the music of the 20th Century, Mr. Finckel has participated in the premieres of over 100 composers works and has recorded for the Nonesuch, New World, CRI, Bridge, and Vanguard Record labels. 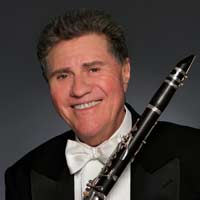 Stanley Drucker, clarinetist, was Musical America's 1998 Instrumentalist of the Year, and is the principal clarinetist of the New York Philharmonic. That year marked his 50th anniversary with the Philharmonic. He has made approximately 150 solo appearances with the orchestra. Mr. Drucker has been nominated for two Grammy Awards, both times as "Best Instrumental Soloist/Classical with Orchestra." The recordings are Copland's Clarinet Concerto, with the Philharmonic under Leonard Bernstein, and John Corigliano's Clarinet Concerto, with the Philharmonic under Zubin Mehta. He is featured on several other recordings with the Philharmonic under Leonard Bernstein, including Debussy's Premiere Rhapsodie, Nielsen's Clarinet Concerto and the World Premiere live performance of the Corigliano Concerto. Also on CD, he appears on the Philharmonic's CD box set, The Historic Broadcasts: 1923-1987. His other recordings include New York Legends: Recitals with Principals from the New York Philharmonic, and Schumann's Complete Works for Winds and Piano, the latter on Elysium Recordings. Mr. Drucker began clarinet studies at age 10 with Leon Russianoff, and later attended the High School of Music and Art in New York and the Curtis Institute of Music in Philadelphia. Mr. Drucker has the distinction of being one of the few living orchestral musicians whose biography is included in the New Grove Dictionary of Music and Musicians. 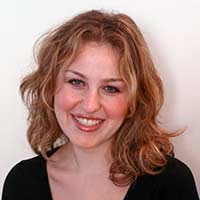 Karen Lehman DiMartino, Soprano, holds a Master’s Degree from Manhattan School of Music in Vocal Performance, as well as a Bachelor’s of Science in music education from Hofstra University. Mrs. DiMartino has been a solo artist at Carnegie Hall, as well as the Weill Recital Hall at Carnegie Hall. Mrs. DiMartino is often seen performing with the American Chamber Ensemble, in residence at Hofstra University. She was the first solo performer at the LIAA Scholar-Artist gala, which honors high school seniors who have achieved at the highest level in the visual and performing arts. As conductor and music educator of the Sayville High School Chorale, Mrs. DiMartino’s choir has since performed at the LIAA Scholar-Artist gala. Mrs. DiMartino is currently the Senior Choir Director and Vocal Jazz Director at the Usdan Center for the creative and performing arts.